Game Of Thrones: Tale Of Crows

Game Of Thrones: Tale Of Crows is a narrative idle game set in the frozen north of Westeros, 8000 years before the events of Game Of Thrones. Players take on the role of a series of Lord Commanders of the Night's Watch and guide Castle Black and the Watch through the turning seasons of history.

My role on the team was as it's gameplay designer and narrative designer, which was valuable as the narrative and gameplay are essentially one and the same.

Players respond to events within Castle Black itself and also send expeditions North of The Wall and respond to ravens those expeditions send back. These are all presented as text prompts with several reply options, some unlocked based on player actions or the situation in game.

As an idle game Tale Of Crows is designed to be played at a slow pace, checked in on occasionally, not binged continually. Expeditions and ravens take time, which you can track on the map screen, and sometimes no new events will occur for a while, and the game will let you know to go away and come back later. 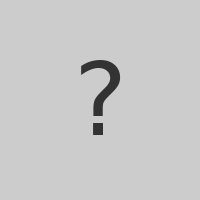